...if robots can be squishy? (with Kirstin Petersen)

...if robots can be squishy? (with Kirstin Petersen) 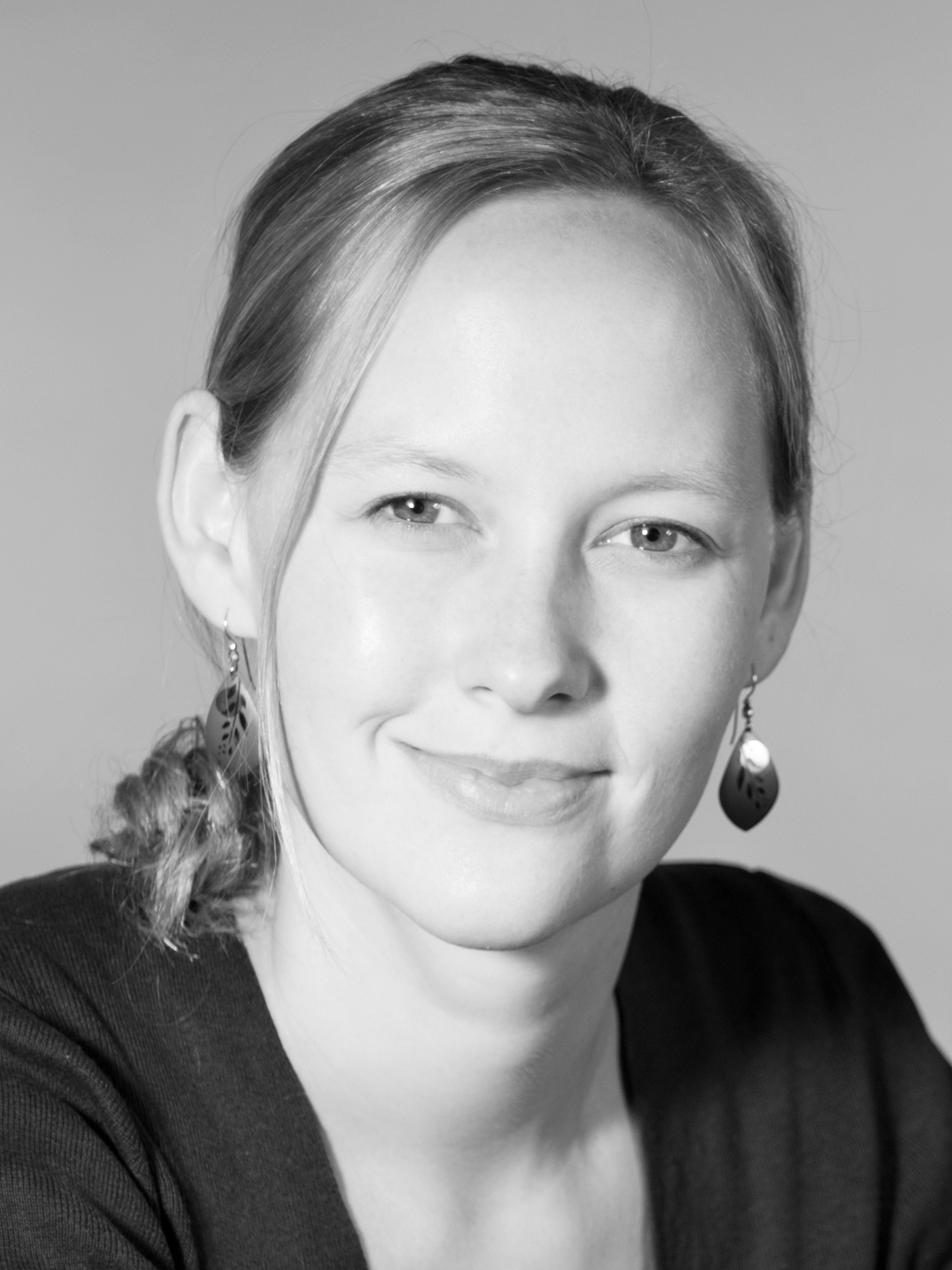 We’re bringing you an unaired clip from our past interview with Kirstin Petersen, a roboticist and professor of electrical and computer engineering at Cornell University. In her lab, she builds cooperative teams of robots, called robot swarms, that are inspired by insects like ants, termites, and bees.

Now, when you think of a robot, what do you usually picture in your mind? Probably something with a rigid metal body or arm, right? Or maybe it has some wheels or legs to move around?

Do you ever wonder if robots can be… squishy?

In addition to robot swarms, Kirsten works on ‘soft’ robots. She told us all about why you might want to use a soft robot instead of a traditional rigid one, as well as some of her biological inspiration for building these kinds of robots. We even talked about a popcorn-inspired robot that could have future uses in construction.

Hello! This is Ever Wonder? from the California Science Center. I am Perry Roth-Johnson. Just a quick programming note: For the past few episodes we've been digging into our archive of unaired clips, but I want you to know that we're still hard at work on new episodes. So, stay tuned for brand new episode soon! All right so, today we're bringing you an unaired clip from our past interview with Kirstin Petersen, a roboticist and professor of electrical and computer engineering at Cornell University. In her lab, she builds cooperative teams of robots, called robot swarms, that are inspired by insects like ants, termites, and bees. Now, when you think of a robot, what do you usually picture in your mind? Probably something with a rigid metal body or arm, right? Or maybe it has some wheels or legs to move around? Do you ever wonder if robots can be...squishy? In addition to robot swarms, Kristin works on "soft" robots. She told us all about why you might want to use a soft robot instead of a traditional rigid one, as well as some of her biological inspiration for building these kinds of robots. We even talked about a popcorn-inspired robot that could have future uses in construction. Pretty wild stuff. All right, let's get into it.

I'm glad you brought up the slime mold cause, cause I was looking online and I saw you collaborate with an artist, uh, at a museum, uh, in New York. Right. Uh, now tell me a little bit about that project. What, why, why is slime mold so interesting and why are artists interested in working on it with you?

Uh, that was a, that was a super fun, uh, uh, adventure, I would say, uh, that we did um the seven by seven, uh, was a rhizome exhibit that happens every year where they invite one artists and one roboticist to come together, uh, to try to, um, develop something, uh, that brings benefit to both worlds. Um, but it was a fantastic experience. Um, I love the slime mold. So I love the slime mold because, um, they are about as simple as it gets, right? So a single amoeba, literally little single celled amoeba that on their own can like move just a little bit. They can kind of sense it a little bit and they'll eat, right? And that's kinda what they do to survive. But when you put many of them together, when they start to starve, they'll actually aggregate and they'll form this little slug. So, uh, Bonner out of Princeton was, uh, one of the early studies or the older researchers have these assistants, they'll form a slug that can travel much faster than any individual amoeba can. Um, and then eventually they'll form this all fruiting body with a stock made of dead cells and spores, and the top of them fly off and repopulate areas.

So you have these single celled amoeba, right? That can do this amazing collective behavior. Then they can completely change, uh, into this fruiting body, right? Where some die, some become rigid stock sales and some stay soft and alive and spread out. Um, you know, it's sort of the ultimate form of, of altruism, right? Or some just give up so that others can survive so that everyone can continue on. And I love the example because it's, you know, if I can make a robot that simple, right, that's the kind of robot I can make super reliable, but I can make 10,000 of them because supposedly that would be super cheap. Um, you know, and they can still be that adaptive and that stream with that ability to extreme robustness, that would be amazing.

Are their robots that you've worked on that are, that are modeled after slime mold, like specifically, or, or are you just taking inspiration from that behavior and applying it to a different kind of structure?

Yeah. I mean, we don't try to mimic slime mold. We're not exactly trying to do what they're trying to do, but we are actually quite inspired by them. So we have many, many, uh, soft robots in our lab now, um, that can collaborate to achieve more things. So by soft, I mean, instead of rigid links that are composed of wheels and bodies/chassis, um, these are robots that are formed either by flexible circuit boards that can actually be moved, or they're formed by stretchable polymers. So imagine little expandable balloons that will actually work together to, um, for example, move further than a single robot could.

Um, so soft structures, this is a quite new emergent field that's very exciting actually. Um, if you have a soft material and you don't actuate it with too high at force, so, um, imagine a balloon, right? Then you suddenly have something that can safely interact with people if that's what you want to do, but they can also safely interact with other robots. Right? You really have to worry too much if it's a manipulator, like a hand or a gripper, um, it's not super precise. It's really hard to control emotions precisely, but it is super adaptable, right? So it'll automatically deform to whatever object. Um, it tries to grip just like a balloon would. So it was very helpful in that manner. And on top of it, you now have a robot where the body is, the actuator is the sensor typically even ingrained sensors into this polymer. And so you have an incredibly cheap robot where everything is morphed into one sort of similar to the slime mold, a single celled amoeba, right? Like everything is just sort of in there, sort of organic healing. Um, and it makes control much harder in some ways and much easier in some ways, right? You kind of have to let go of some things because you can't really control it accurately. Um, but you also don't have to.

So, so how, how is it easier to control a soft robot?

Well, because, you know, if I am trying to grasp something, I don't have to do, like, a perfect grasp like I would with a rigid manipulator, um, to avoid breaking whatever I'm trying to pick up. I just literally deflated. Right? And it'll, it'll sort of encompass whatever it's trying to pick up. So in that sense, if I'm okay with just, you know, picking up, but not exactly how I pick it up, it's very easy to control.

It's, like, I got it. It might not be, you know, held up in the right orientation or something, but I got it. It's not going to fall off.

Um, and you know, and similarly, if I, if I have a large swarm of robots, right? And I don't really care exactly how they interact with each other, I just care that sort of on a statistical level, more or less they do the right thing. Soft robots might be the key.

Another project of yours—I think I saw it show up on Hackaday—was a popcorn inspired robot. Is that also an example of soft robotics?

It is actually a, that was a fun one. So it was soft robots. Um, it's typical form of actuation is pneumatics. As you insert some kind of fluid, um, could be hydraulic, could be medic. And, uh, you know, if you pressurize it like a balloon, it expands. And because you pre-program that balloon to expand in certain ways, you get certain kinds of motion. Uh, and so we were kind of curious whether you could replace the fluid with a granular fluid, um, namely popcorn, and it turns out you absolutely can. Right? And the neat thing about popcorn kernels is that once they've done their function, uh, it could be a robot maneuvering, some kind of complex environment, and then stuffing yourself into a little crack and you can pop the popcorn. And so what you get from popping popcorn is extreme expansion. So they all jammed together and actually become quite written. Um, you get a surprising, I mean, obviously they've become much more compressible than if they're just a hard kernel, but it's still kind of on the spring scale of a normal construction foam. Um, and do you have a biodegradable material? Right. So now we're starting to look at robots that might, you know, just sort of go somewhere and then decide to become part of a structure. And then they just sit there and become that. Um, so it's unconventional, but, uh, it's sort of thinking in new ways about these robots that are expendable, because it's really not about the robot it's about this swarm.

That's our show, and thanks for listening! Until next time, keep wondering. Ever Wonder? from the California Science Center is produced by me, Perry Roth-Johnson, along with Devin Waller and Jennifer Aguirre. Liz Roth-Johnson is our editor. Theme music provided by Michael Nickolas and Pond5. We'll drop new episodes every other Wednesday. If you're a fan of the show, be sure to subscribe and leave us a rating or review on Apple Podcasts. It really helps other people discover our show. Have a question you've been wondering about? Send an email or voice recording to everwonder@californiasciencecenter.org to tell us what you'd like to hear in future episodes.